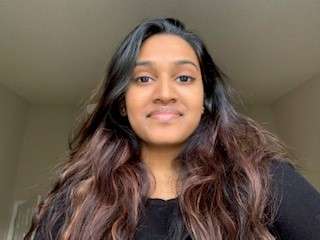 Who knew learning to play the theme song from Jurassic Park could spark a leadership journey? For 17-year old Elaina Reddimalla, a South Piedmont Community College and Union County Early College student, that’s where she says her leadership foundation began.

“I received an invitation to join South Piedmont’s chapter of The National Society of Leadership & Success (NSLS) my junior year. I saw it as a good opportunity to enhance my leadership skills.  But, I didn’t know it would start all of this or land me here,” said Reddimalla.

Reddimalla was recently selected for a national presidential leadership internship with NSLS. The paid internship will develop her capacity to facilitate, lead, and manage chapter operations while serving as a liaison and mentee with the national NSLS staff, based in New Jersey.

Currently, Reddimalla serves as president of South Piedmont’s chapter of NSLS.  Last year, she served as secretary.  But, before her role on the executive board, she worked on the steps needed to complete induction. That’s where Jurassic Park comes in.

“I knew joining NSLS was a good idea, but honestly, I had no idea the amount of work or steps it would take to get here,” shared Reddimalla.

According to Connie Gardner, South Piedmont faculty and one of NSLS’s advisors, the steps  Reddimalla is referring to are paramount to the leadership development the organization instills.

“One of the most important steps to induction involves SMART goal-setting.  And, we take a serious interest in teaching students how to develop and achieve them,” says Gardner, who oversees the students’ SMART goal planning and progression.

According to Gardner, members are required to select one goal and work strategically to accomplish that goal, adding that the goals students select are their own. While some are academic-related, others venture more outside the box.  Reddimalla chose to learn and master the theme song from Jurassic Park on the piano as her SMART goal.

“I had promised myself that I would learn it, but had been putting it off because it was so hard.  I thought what better way to help me work toward my talent and achieve something meaningful,” said Reddimalla, adding that she doesn’t know that she would have been motivated enough to learn it otherwise.

According to Shawna Loftis, director of student activities and advisor to both South Piedmont’s SGA and NSLS, she sees the benefit of having organizations like NSLS on campus.

“NSLS has been one of our most popular student organizations on campus.  Students find the leadership development programming that we provide to be tangible and meaningful,” said Loftis. “This past semester, over 80 students completed the steps to be inducted, despite having to move our process virtually due to COVID-19.”

Reddimalla’s internship begins later this month with virtual training and will continue throughout the fall semester.