Home » From Stage to Student: the Path to Graduation 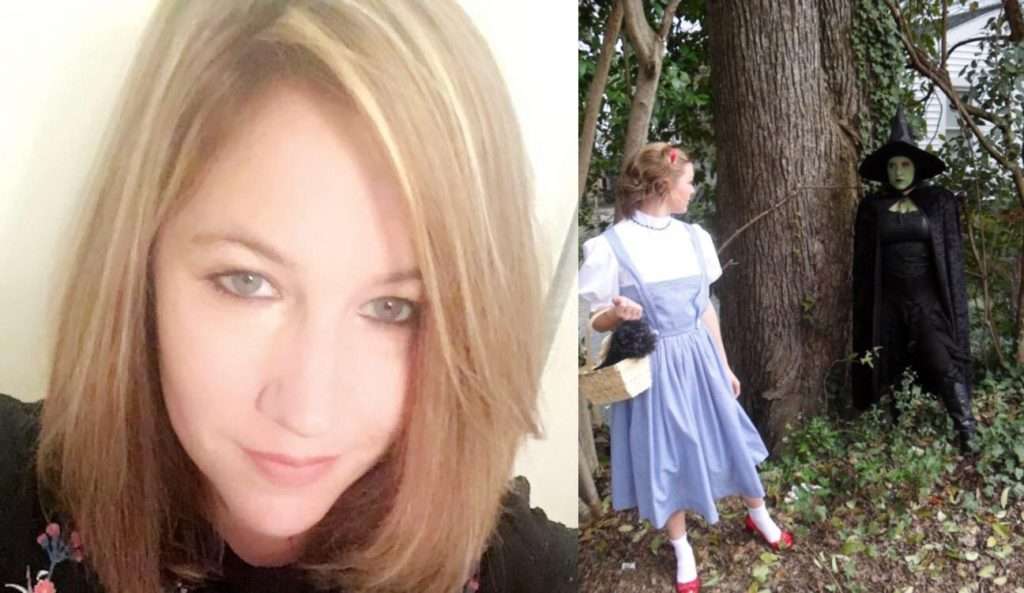 She was eighteen and wasn’t sure of her future, but college seemed like the obvious next step. So, Gina Clarke set out to enroll at her local community college in her native Anson County. While taking a history class with faculty member William Dick, she learned about Shakespeare and theater. She became impassioned with the theater and auditioned with the local drama group for the musical, Grease. To her surprise, she landed the role of Sandy.

During her first year in theater she acted in five plays. She kept a busy schedule and ultimately dropped out of school. Shortly thereafter, Gina married and had three children. Life became too busy for theater or college. For almost 15 years, Gina kept her focus on raising and homeschooling her children, but she always regretted not completing her degree.

With a recent divorce and her kids getting older, an opportunity opened up for Gina to consider going back to college. “I was nervous about going back and had no idea how I was going to pay for it all,” explained Gina. “But I called South Piedmont Community College to learn about my options.”

Many years had passed since Gina’s time in college, but she found out her credits were still valid. She only had seven more classes before she would earn her degree. After talking with Financial Aid, she was encouraged to apply for the Golden LEAF Foundation Scholarship and was awarded funding that helped her pay for tuition and books.

“I haven’t had to worry about money at all,” said Gina. “Scholarships have helped me pay for everything. Otherwise, I don’t know how I would have done it.”

Next semester Gina will complete her associate in arts degree. She plans to transfer to Wingate University and major in history education so that she can teach middle school students. Much like her history instructor, who is in his twenty-seventh year at South Piedmont, she hopes to inspire her students, helping them find their passions – even if their paths take a few curtain calls.

The Golden LEAF Foundation Scholarship was created to provide financial assistance to students from economically distressed or tobacco-dependent NC counties including Anson County. This year, Golden LEAF has awarded scholarships to over 50 South Piedmont students including Gina.